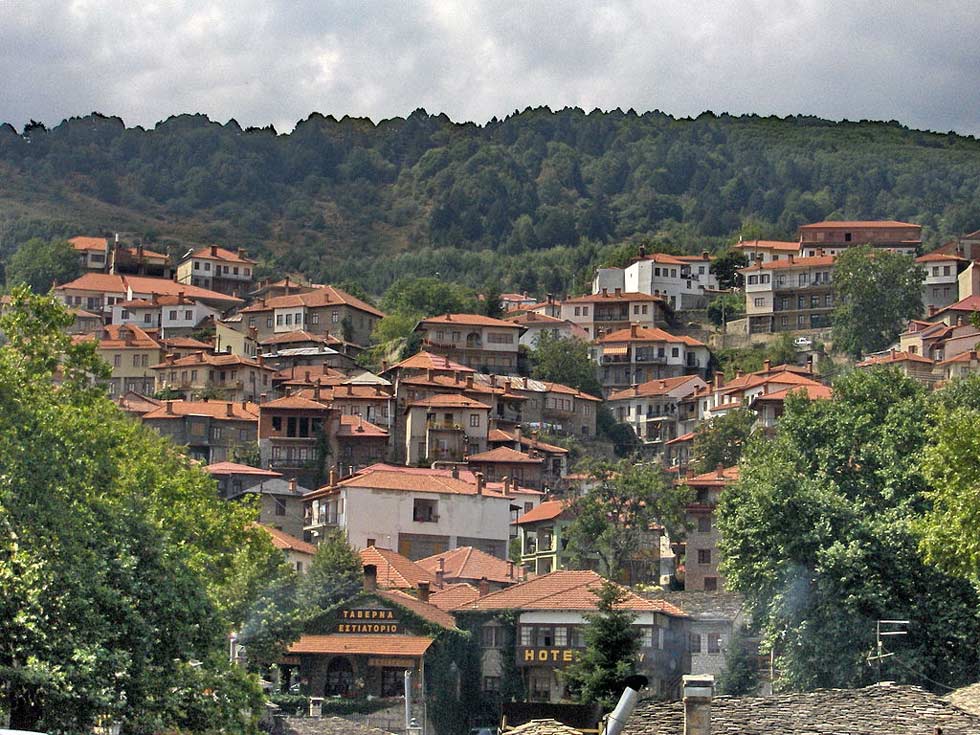 Metsovo (Greek: Μέτσοβο; Aromanian: Aminciu) is a town in Epirus on the mountains of Pindus in northern Greece, between Ioannina to the north and Meteora to the south. The largest centre of Vlach life in Greece, Metsovo is bypassed by GR-6 (Ioannina - Trikala) and also by Egnatia Odos Motorway.

In 15th century Metsovo came under the Ottoman rule and became part of the Sanjak of Ioannina. Throughout the late period of Ottoman rule (18th century-1913) the Greek and Aromanian population of the region (northern pindus) suffered from Albanian raiders. Also, in one occasion in the local Greek revolt of 1854 the town was plundered Ottoman troops, and the men of Theodoros Grivas, former general of the Greek military, during their struggle for control of the town. During the First Balkan War, Metsovo was burnt by Turco-Albanian bands. During the Second World War Metsovo was the capital of a puppet state, established by the Axis forces, known as Principality of Pindus.

The town is famous for its local cheeses (Metsovone and Metsovela) and winemaking industries, including the Katogi vineyard of the Averoff family. A museum named Averoff Gallery is dedicated to Georgios Averoff. Metsovo is also a popular winter vacation destination and a ski resort.
The Metsovo Ski Centre is situated not far from the centre of Metsovo. In the 1980s, a tunnel was under construction and was the longest in Greece. It alleviated traffic and does not use twisting roads. In 2006, the connection with Via Egnatia has made the section of GR-6 (Ioannina - Trikala) into this superhighway and had two interchanges for Metsovo.