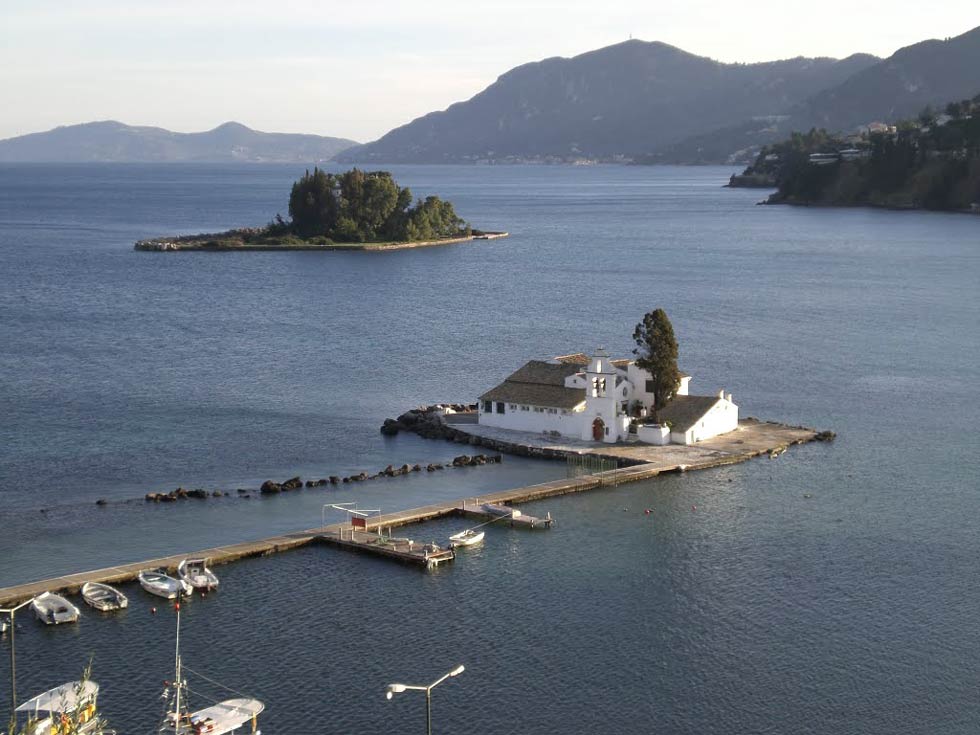 Basically a residential area that has been adopted as a tourist base because of its proximity to the airport and Corfu Town as well as its panoramic views. To the S of the resort, a narrow causeway crosses the water to the much-photographed monastery of Vlacherna on its tiny islet. Just beyond this is a slightly larger, wooded mound known as Mouse (Pontikonissi) Island;

legend has it that this boat-shaped islet is the remains of the Phoenician ship turned to stone by an angry Poseidon after the crew defied him by returning Odysseus to Ithaca.

This area caters for the mature couples rather than families with small children. It is an alternative to a beach-based holiday. The accommodation here is mainly hotels, from middle quality to de luxe class.

Kanoni is at the centre of the east coast, 3 mls S of Corfu Town and less than 2 mls S from the airport. It is on a peninsula overlooking the Halkiopoulou Lagoon and airport runway; it occupies the site of the original, ancient Corfu city. There is a pedestrian causeway to Perama, opposite.